From Dooba Wiki
Jump to navigation Jump to search

When we want to build electronic circuits, one key fundamental aspect is the board.

The board serves two main functions:

Multiple options are available, each with its own advantages and disadvantages.

In this tutorial we will try to cover the most commonly used solutions.

To make electronics assembly simpler for everyone, most boards and components adhere to a common "standard" pitch or spacing between pins.

Multiple "common" values exist for various applications, but the number one most common value is 0.1 inch / 2.54 mm.

This represents a compromise between component density and ease of assembly / soldering by hand.

Everything from Dooba follows this rule, and most components / modules encountered in the wild also will. 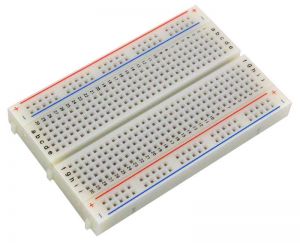 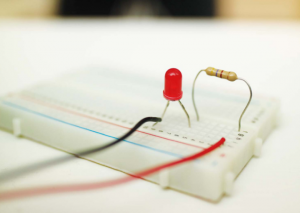 The solderless breadboard is a ubiquitous tool in electronic prototyping.

It features spring clips which allow connecting components without soldering anything.

This makes it easy to temporarily try out circuits and take them apart in seconds.

As seen on the pictures, breadboards come in various shapes and sizes. While the white 30x10 format is probably the most commonly available, providing a good compromise between size and usability, smaller board are also quite common, as well as much larger boards.

Points on a breadboard are connected to each other according to a (kind-of) standard pattern. The edge "+" and "-" points are connected in rows, while the rest of the points (around the center) are connected together in columns, with a split in the middle. 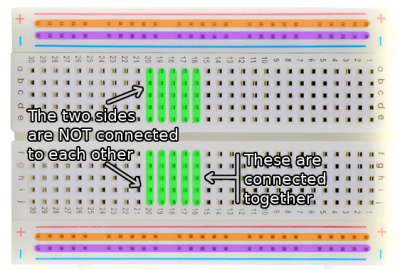 If you want to know more, Sciencebuddies.org has a great tutorial on breadboards.

Due to the non-permanent nature of such a circuit however, this is rarely used for final designs.

Typically, a circuit design is first attempted on a breadboard, where it can be easily adjusted and re-worked until functional and satisfactory.

When complete, the design is then transferred to something more permanent such as the next options on this page. 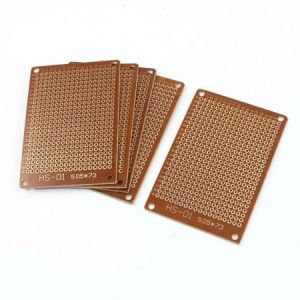 The connection patterns are usually visible directly as copper traces between the solder points, or sometimes as drawings on more higher-end stripboards.

Some stripboards are even designed to reproduce the connection patterns of breadboards: 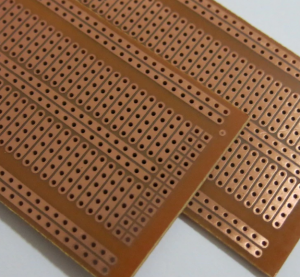 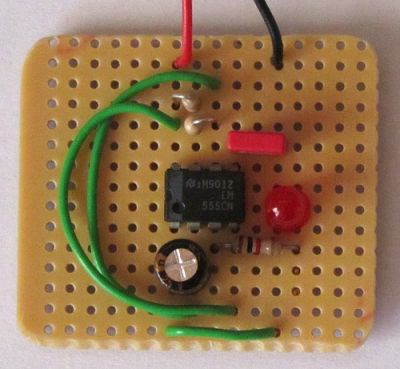 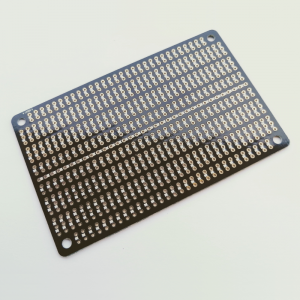 The ioProto are generic prototyping boards.

They are available in different sizes: small, medium, and large.

The ioProto boards provide some connections between the solder points. The connection patterns are visually represented on one of the sides (white markings between the pins indicate electrical connection).

The following pictures highlight these patterns: 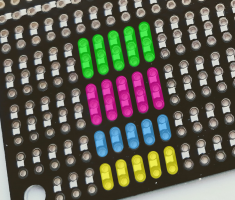 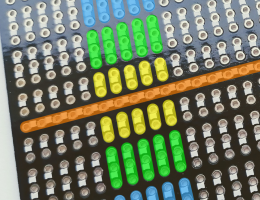 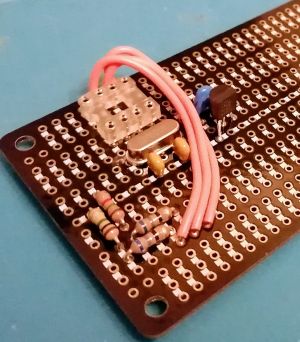